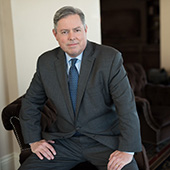 As a winter storm bears down on the east coast it seems inevitable that January 2016 will go down as one of the more brutal starts to a year that our industry has faced. We are only three weeks into this New Year but the steep decline in stock prices, geopolitical instability caused by oil prices and the yearly layoffs of our peers have us wishing for the countdown to begin on the 2017 New Year’s Eve ball in Times Square. But, that is not going to happen, as we still have over eleven months left in 2016.

The idea that you can help yourself by helping others is not new, but it is something that we need to be reminded of. Taking the attention off of us and placing it towards others is a win-win.

Next month, will mark my 30th anniversary in the business and while I cannot recall every January, this one seems extremely difficult. To this point, I wanted to share something that I’ve found helpful in getting through periods like the one we are currently facing. Please don’t see my remarks as preaching or even offering advice, but rather just one person’s experience that hopefully you can extract some value from. In the past, when markets got rough and events were out of anyone’s control, my natural reaction was to think only of myself. The self-wallowing was to such a degree that I would actually believe I was the only one in the world going through a difficult time. At some point, and I don’t recall the exact occasion, I picked up my head only to find the same fear in the eyes of others around me. Often these people were younger with fewer years experiencing the cyclical trends that humble even the most confident of us. As I began talking to these “rookies” it became evident that by providing some perspective or humor helped not just them, but myself as well. The idea that you can help yourself by helping others is not new, but it is something that we need to be reminded of. Taking the attention off of us and placing it towards others is a win-win. So before you head home for the weekend, pick your head up and look around your desk. Find that co-worker who could use a boost to their morale and have a conversation with them. The end result will most likely yield benefits to both parties.