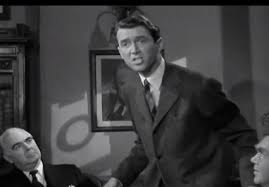 Once again, Christmas Eve at my house was spent watching It’s a Wonderful Life, with Jimmy Stewart playing George Bailey, a steadfast pillar in his hometown who also owns a building and loan company that bears his family name. In all the years of watching, Good Ol’ George always inspired thoughts associated with valuable life lessons like, how random acts of kindness have a rippling effect. This year was different. All I could think about was, “What if George Bailey had owned a broker-dealer instead of a community bank? Would our industry be in a better place than it is now?”

One of the movie’s plots addresses the nature of community banks issuing loans and the way American families’ financial fates are intertwined with that process. Despite the near collapse of the Bailey Building & Loan and the financial ruin of its depositors, movie-viewers are left with a favorable impression of the community bank industry. This is partially attributed to seeing the long-term benefits it brings to the citizens of Bedford Falls and of course, George’s affable and trusting character. Yes, George was and remains a great spokesperson for community banks. Even today hearing the term, community bank, triggers images closer to apple pie than the words, broker-dealer.

This is our industry’s loss, because if George had owned a broker-dealer then the story could have addressed the benefits that broker-dealers bring communities through services such as: debt financing of public projects, helping a local manufacturer raise capital through a public offering, retirement planning products, college savings accounts, and more. You get the point. Unfortunately, the reality is that community banks have George Bailey, and we have Gordon Gekko, the “Greed is Good” villain in Oliver Stone’s, Wall Street. As an industry, we need to close the perception gap between the images these two characters inspire in people’s minds. Broker-dealers add a tremendous amount of value to our nation’s economic strength and now is a good time to start telling this story better.

On May 24, President Trump signed into law the Bipartisan Banking Act that provides relief to certain community banks across a wide range of regulatory requirements e.g., capital and leverage ratios, the Volcker Rule and examination cycles. The measure is intended to ease rules on all but the largest banks, and should help restore the community bank industry that experienced 536 closures and only 106 new charters in the 10-year period from 2008-2017.

Number of Broker-Dealers Down 25.6%

Small, mid-sized and even super-regional broker-dealers are in much the same boat as community banks were. Faced with the same reporting requirements as large, “bulge bracket” companies, these firms are acutely impacted in today’s regulatory regime and will continue to be in 2019 as they face new regulatory requirements such as amendments to Reg NMS Rules 605 & 606 (May 2019) and reporting to the Consolidated Audit Trail (CAT) (November 2019).

It also hasn’t garnered much attention because data has been difficult to come by. Now, thanks to FINRA, which, for the first time, publicly released its annual Industry Snapshot report, empirical data that measures the broker-dealer industry is more readily available. FINRA’s report has data points that when coupled with the voluminous amounts of anecdotal evidence paints a realistic, albeit complex picture of the broker dealer industry.

It also hasn’t garnered much attention because data has been difficult to come by. Until now. For the first time, FINRA publicly released its annual Industry Snapshot report, empirical data that measures the broker-dealer industry. FINRA’s report has data points that, when coupled with the voluminous amounts of anecdotal evidence, paints a realistic, albeit complex, picture of the broker-dealer industry.

Because of this publicly available data and the dialogue it will create, we believe that congressional leadership will begin to become more aware of this problem and its potential negative impacts. Particularly in areas such as capital formation and the ability for individual investors to receive financial services.