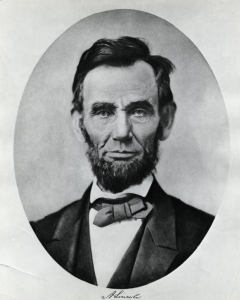 There are two speeches inscribed on the walls of the Lincoln Memorial. One is the Gettysburg Address, 272 words delivered with unequivocal beauty by our nation’s 16th President at a time and place where despair appeared to rule the day. It is perhaps the most recognized speech in our nation’s history. The other, less known but equally deserving, is the Second Inaugural Address delivered by President Lincoln just days prior to the Civil War’s end and a month before his assassination. This Sunday, March 4 marks the 153rd anniversary of his address, and time spent reading it would be time well spent.

In being true to his legacy for brevity, Lincoln’s Second Inaugural Address was only 701 words, the second shortest delivered by a U.S. President, but it was thick with invaluable content and timeless messages: shared responsibility; rewards that can only come from hard work; hope, and more. Much time has passed since March 4, 1865, but there are many including myself who believe we are today, a divided nation. Separated not by borders of north and south, but by political and social ideologies. While what divides us today pales in comparison to what existed back then, we are still somewhat a house divided. Regardless, there is something for all of us in Lincoln’s words, to draw inspiration from and gain perspective. We enjoy much today and yes, we fight, argue and debate issues that now seem to play out on a minute by minute basis but sometimes taking a step back to celebrate what we have in the form of freedom does us all some good.

Enjoy the read, and your weekend.

“With malice toward none, with charity for all…to do all which may achieve and cherish a just and lasting peace among ourselves and with all nations.”